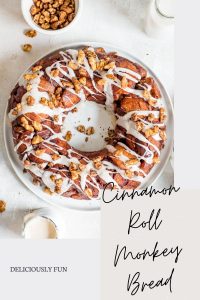 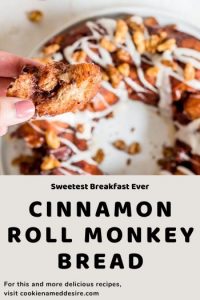 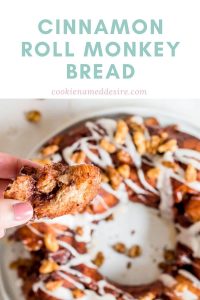 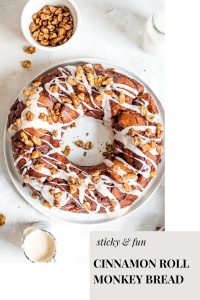 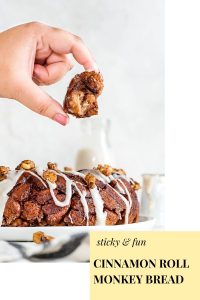 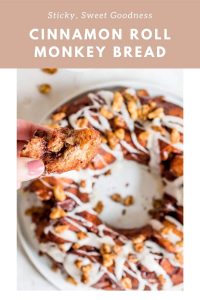 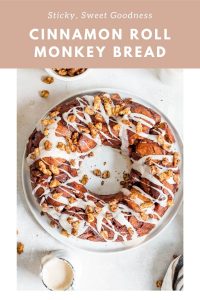 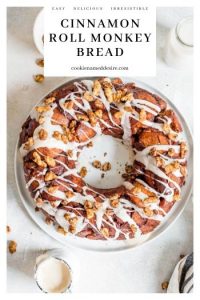 The best part about this recipe is that you only need a few ingredients to make it. You will probably already have everything you need, too!

There are a few tips you I think you will need to make sure your monkey bread comes out perfect.

Tightly wrap the cinnamon roll monkey bread and store it in an airtight container. It should be fine for up to a week at room temperature.

You can freeze the finished monkey bread in an airtight container for up to two months. Thaw the monkey bread at room temperature, then warm in the microwave or in the oven at 300°F for 10 - 15 minutes.

Is it possible to make this monkey bread ahead of time?

Yes! You can prepare the monkey bread up to two days ahead of time. You can add the coated cinnamon rolls in the prepared pan, then tightly wrap and store in the refrigerator. When you are ready to bake, make the quick caramel, coat the rolls, then bake.

Yes! Prepare the recipe as I described just above, and store in the freezer. When you are ready to bake, remove the pan and thaw before you bake. Just know you will likely need more time to bake.

Can I make the monkey bread in a crockpot?

Is it possible to make the bread in another type of pan?

You can! A loaf pan, square baking pan, and muffin tins all work. You just need to adjust the baking times accordingly. Look for a golden brown top, and ensure the rolls don't sink in when you push them to check for doneness. 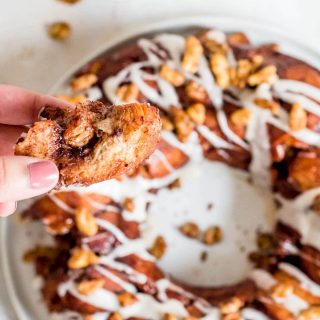 *Or one recipe homemade cinnamon rolls.