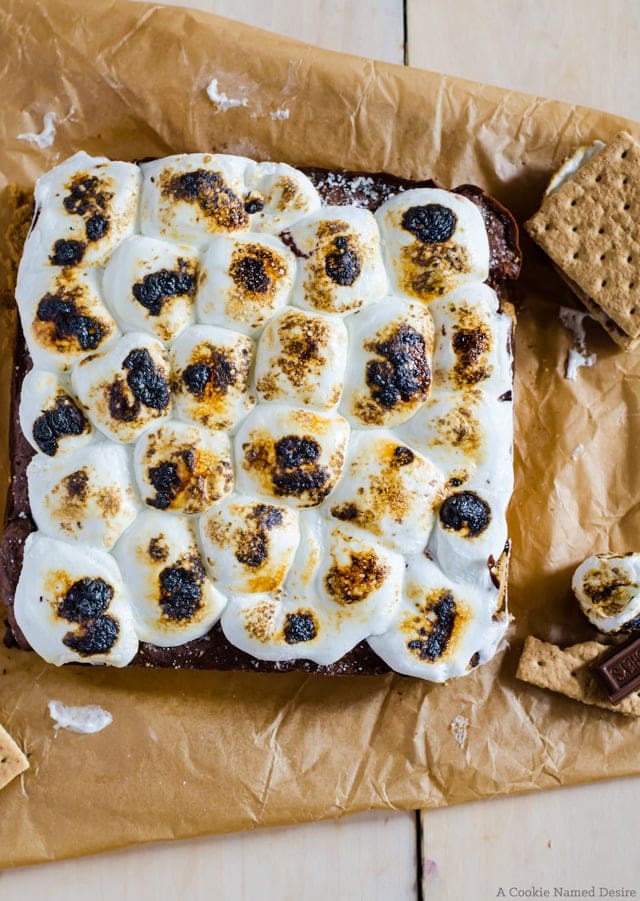 Happy Monday! I am extra excited because I discovered that today is National S’mores Day! Although I am so in love with my s’mores stuffed cookies, but I thought it was time to make another epicly delicious s’mores treat. And thus, these fudgy s’mores brownies were made. 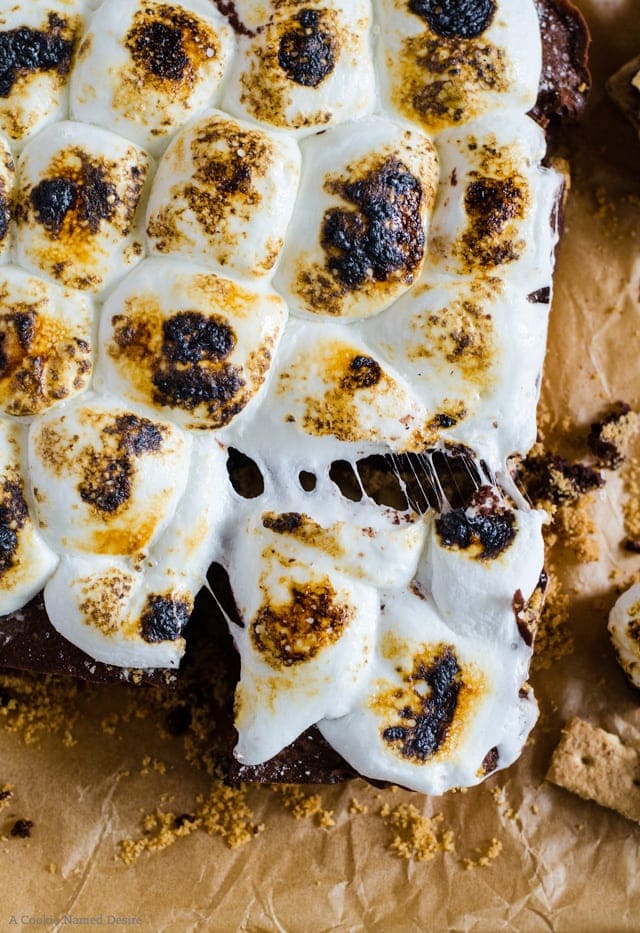 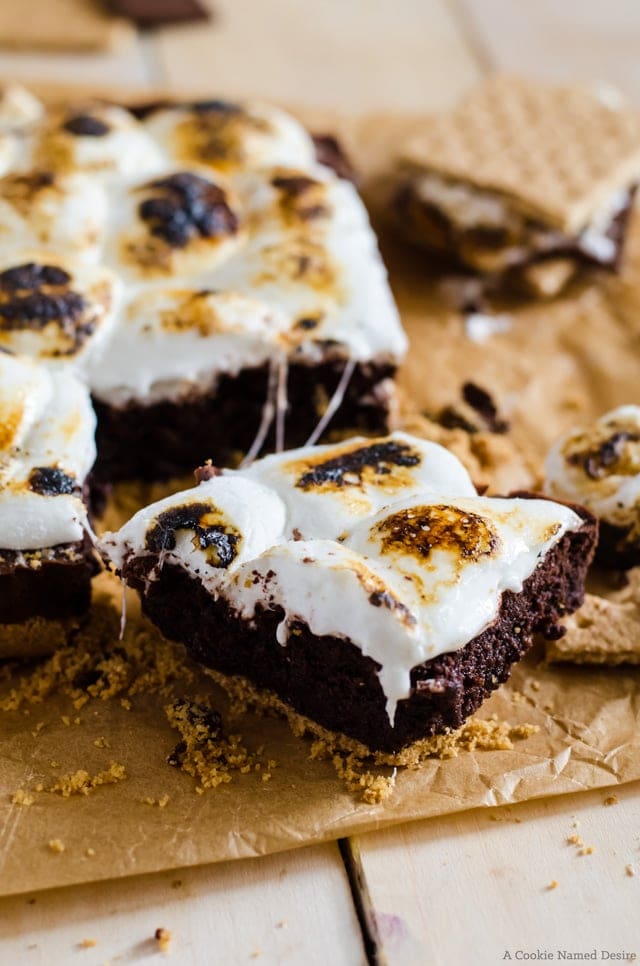 I can’t stop eating these brownies. I don’t think I can ever go back to a regular s’more again. This is my new go-to. The only way to enjoy that graham cracker/chocolate/marshmallow combination. I’ve just made these brownies less than an hour ago and I’ve already eaten a third of the pan. I think these will need to be referred to as crack brownies.

Tip: If you are concerned about a crumbly crust, you can actually substitute 3 tablespoons of melted butter with an egg white in the graham cracker crust. That will ensure the crust will stay together when you cut through and also help cut down on the fat in the crust. 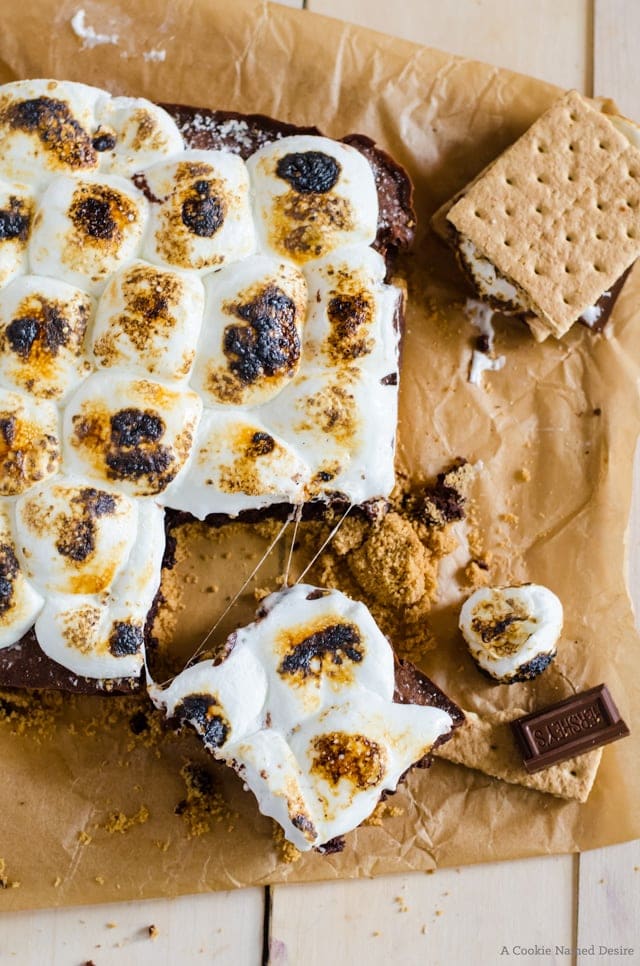 To celebrate the deliciousness that is National S’mores Day, here are some s’mores treats from some of my favorite bloggers:

Nutella S'mores Dumplings via Eats Well with Others

No Bake S'mores Crackle Cake via The Sugar Hit 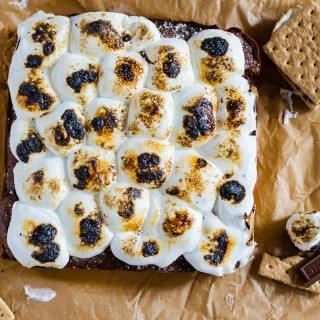